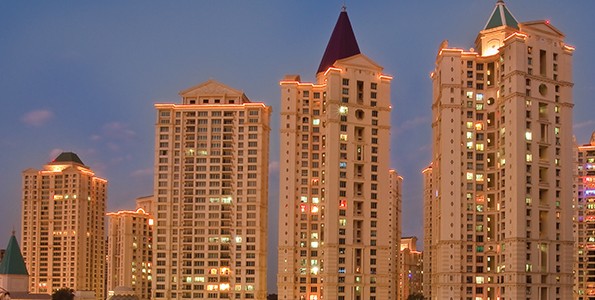 Even we are educated and we also look up Google. So, please don’t teach us… thundered Ignoramus 1. We want him captured and sent back to where he belongs , shrieked Ignoramus 2. As the room was filled by the shrieks and sounds of these 2 gifts to mankind, my mind drifted to a very powerful monologue by Amitabh Bachchan in Agneepath, ( the original one). Amitabh in his rich baritone voice explains to the erstwhile Commisioner of Police the food chain in the jungle. He ends the powerful monologue with the line sher bhediye ko chabaa jaata hai., stating the obvious that in the jungle the Lion is King. But here in the real world, the poor sher and cheetah are no match for the all powerful  aadmi in the cities. Its a fact!

The setting was a residents’/ meeting with authorities from the Sanjay Gandhi National Park and a few volunteers from a citizen’s action group  ( A noble group by the name Mumbaikars for SGNP ,  that promotes co-existence between man and animals in Mumbai ) in Hiranandani Gardens, Powai. The issue on hand was the regular sighting of a leopard in the outskirts of Hiranandani Gardens. The animal has now become a regular to this concrete jungle and finds solace in the branch of a tree as he sees the city life whiz past him in the glitzy offices of the large corporates that the complex houses. The meeting,  decently attended comprised mainly of 3 kinds of Hiranandani Residents : 1. Who  genuinely cared about the situation and wanted to know what could be done to resolve the delicate issue. 2. Nature and animal lovers like the author of this post, my best friend and the man who pulled me there  Mayur,  and a few others including India’s top notch wildlife photographer. And finally a third kind: Ignoramus 1 & 2 : who collectively brayed more than an ass in the city  will ever do if it does witness a wild cat in front of him.

Jokes apart, as a father of a 1 year old and a  wildlife enthusiast it was an interesting place to be in. The father wanted the safety of his child and the wildlife enthusiast in me wanted that the Leopard be removed in manner that didn’t hurt the cat.  The meeting was  reaching dangerous proportions as just the mention of the word – CO-EXIST from the forest officers or the conservationists used to bring Ignoramus 1 & 2 and therefore the whole group into a state of frenzy. Luckily for all , 2 things happened: 1. The residents grew tired of Ignoramus 1 & 2 and finally asked them to shut up  ( a momentous occasion may I add) and 2. The forest officers had  in their midst Mr. Deshpande – a humble but wonderfully knowledgeable and articulate forest officer who himself has been in the thick of things in similar sightings in Thane and previously in Powai too. His first few words that set the tone for the discussion that followed still reverberate in my mind – “Our animal has come into your place of living” – and with these he clearly established the respect that needed to be given to the wild cat. Clearly, he wasn’t going to capture the leopard just because the residents wanted so. Over the next 20 minutes in a brilliant extempore speech, something that even the best MBA’s in India would be proud of, he articulated in simple, lucid and very measured words that man and beast had to co-exist till they  ( the officials) found a way to take their animal back to his home. Order was restored as a plan of action was charted out along with Do’s and Dont’s that were distributed to all there. The people from Mumbaikars for SGNP did a stellar job in having a lot of banners ready along with handouts that had emergency numbers etc.

It was a surreal feeling. Mayur and me now lay claim to having visited  a better part of  India’s jungles, and yet have not sighted a leopard in those. There is 1 who comes near our homes every day, and has made our home his own. It’s both terrifying and surreal at the  same time. It also teaches us 1 lesson – in the mad scramble for urbanization, we have in more ways than we think and know destroyed nature’s equilibrium.  Every now and then, in some parts of the world, animals will come back – not to claim the land, but to see if they can co-exist in a land that they lived in too. The question now is, will man do what he has always done and destroy nature through brute force or will a Deshpande and a Mumbaikars for SGNP rise along with their band of merry men and teach us the value and meaning of co-existence.

Think about it. Like all important things in life, this one too will take just a few minutes of your time.

P.S: At the time of writing this post, the leopard continues to visit Hiranandani Gardens. No harm has been done to any citizens thus far. And the residents are taking all possible steps to see that children are not being affected.

You may get in touch with Mumbaikars for SGNP here: https://www.facebook.com/groups/MSGNP/

( This post is not intended to be a summary of the Minutes of the Meeting. It is just a summation of what went through my mind in that meet.)

The Great Indian Jugaad
May 30th