The End of Armchair Birding 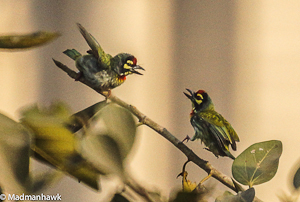 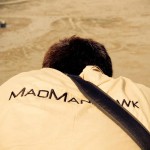 Squirrels playing, a family of parakeets whizz past, the Koels nibble on fruits, magpie robins keep themselves busy all day… just how far does the average suburban Mumbaikar need to travel to see this. A few kms at least I would think. I get to see this from my house. No kidding straight out of the window! Welcome to Hiranandani, Powai folks. Sadly, this is also thethe last year when i can continue to pursue the incredible past time of  what I term as  arm chair birding.

We came to Hiranandani 19 years ago. We stay just off the main road and the plot in front of our house has ben empty all this while.  What this means is that birds have direct access to come right from the lake and beyond straight upto this vacant plot without a single building barrier.

19 years ago Hiranandani was the urban locality to  be seen in. Developed in what was once a jungle with no roads, I remember the time when on one hand the new age pundits were marvelling at the sheer audacity of the builders in bringing new age living to Mumbai, on the other, auto rickshawwaallahs used to refuse to come to the place because the infrastructure and roads and ofcourse business to and fro from this area was still not good. 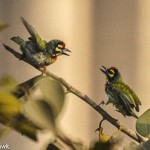 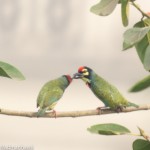 These moments in Mumbai- magical 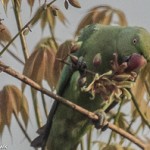 As Hiranandani residents, we saw and soaked in all all the good that we invested in, the township flourished. Our lifestyles improved – we were now visiting spas and clubhouses every day. While me and my friends were still in colleges, school for our siblings were at walkable distances. And the architecture – distinct. The pale white structures with coloured domes were so distinctly unique that any other building in any area with a similar design was now called – built in Hiranandani style. The construction continued. And people evolved. 20 years later Hiranandani went from being a blossoming suburb to a full grown township bursting in its seams thanks to the to and fro traffic that its location facilitated between Andheri and Ghatkopar.

It was these many years later that hobbies of now grown men like me and my friends went from playing cricket, tennis and squash to photography and birding. The world changed as my head in my car even in Mumbai was always tilted towards the skies. For the first time I saw that Mumbai had as many Kites as they were crows and pigeons. They just flew higher.  Also, I became so much more aware of the chirping around my home in the mornings. So one day as I saw a small green bird ( later I realized it was the copper smith barbet) in the tree across my home, I was stunned. My fascination grew, and I saw a Kingfisher sleeping on another bark. A kingfisher bird in Mumbai !In a place that I have resided for 19 years. Amazing. The Asian Koels followed and so did robins, mynas, and a full family of parakeets ( Did you know India has only 1 specie of parrots and they are not in Mumbai !). My friend has images of the orange oriole in Hiranandani. For a person taking up birding, this was NATGEO channel LIVE. And just about the time I spotted a small brown bird with a streak of yellow flying every now and then came the news, that the open space in front was allocated for another  building at long last – after 20 years. The area started to be cleared and trees were cut. I haven’t seen the Kingfisher again. and the Koels are making rarer appearances already.  And then it finally dawned – this was the last bastion. The beautiful monolith concrete jungle was a real jungle once. We did invade their space. This was their playground and just like any other city development project, we did take it over. 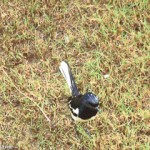 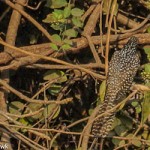 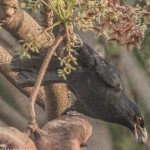 Its a funny feeling now. All the development. All the beautiful buildings. All the modern townships. Powai is today at the centre of Mumbai. So, the development had to happen. But, I cant get over the fact that this is quite possibly the last year that I will get to see these birds. Looking back, it is 19 years wasted in what would have been. You wonder what it was all this long. Imagine the species that existed before construction began. Imagine the attraction for this place,  that so many species still come here and visit even after over 25 years of development. 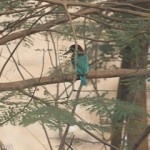 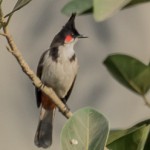 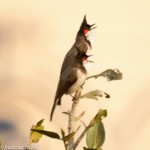 Not a crusader I am, nor an environmentalist even, but, I do think all the time today, what it would have been like 25 yrs ago. Suddenly, you tend to ind reason in all that the environmentalists said about Hiranandani. I stay here. I live here, and I love this place for the beautiful lifestyle it gives and one I have grown accustomed to since my time as a boy. I have defended this place’s commercialization during my teens against the monstrous and crowded Lokhandwala… and today somewhere between the Sundays  when I try to capture the little brown and yellow bird through my lens and the endless hours I spend in the traffic just to enter the complex I have so loved – I often wonder ,yes the lifestyle is fabulous, but just how much have we lost. I have always been weak at maths, and this is 1 balance I don’t think I will ever be able to compute.