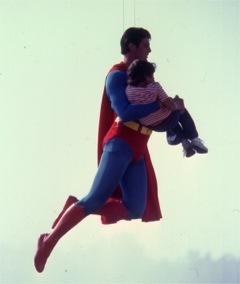 Its a great time to be in India..  Even better if you are in Mumbai. Life’s a blur at most

times and multitasking is child’s play. Had cancelled a meet yesterday with a friend whom I did meet today. He popped an innocent question.. .. what did u do yesterday? busy?  What it did was to send me into a virtual flashback for a couple of seconds. Literally like hundreds of screenshots of life as I lived it yesterday, whom I spoke to and my thoughts which radically differed within seconds. Spies lead double lives.. most people in cities live as though they have MPD’s. ( multiple personality disorders).

Morning’s are the most pleasant. Begin on alternate days with exercises and a vow to stick to a healthy diet on that day ( Now that is funny at multiple levels!). The exercise you feel is gonna make you feel light and fresh throughout the day – that’s wrong and how because by the time I sit in my car to go to office, power nap beckons. Driving to office in the back seat is not as easy as it seems.  I have the impossible task of  looking at my emails, calling a couple of people, group chatting on BBM  &  then just take a nap  – All of this is a cinch. But I am a hard worker, so between all of this I also ask the chauffeur to adjust the temp on the air conditioning, switch between ranting radio jockeys &  swearing at them while catching up with the latest music. So, basically by 10 am I have exercised, swore at people, listened to music, caught up with friends and taken a power nap – that my friends is multitasking.

The MPD however has not even struck in… but it will. You see, between all these humongous and tiring chores, I also had the opportunity to get into a lively debate during breakfast on corruption, Anna and the issues that dog India. One where you passionately talk about whats good and whats bad for the country and the world. By 11.00 I play the compassioned Indian , firmly on Anna Hazare’s side, by noon I am a cynic ( ahaa MPD at last) calling Anna an opportunist, by 2 pm – a couple of likes on Anna jokes beckon ( swinging both ways) , and by 4 pm on BBM chat reading how Anna was always better when it led to a Nicole Smith or a Kournikova on Google. But things get boring by now and on to serious issues that really bother me – Cricket. So a few jokes on BBM on the Indian team’s performance follow alongwith a couple of impassioned tweets on the evil that plagues Indian cricket – the BCCI and onward to task next. Whats on TV? As I walk past mum watching her saas -bahu soaps, I revel in the progressive serials I watch. What better a time this than to run away away from women oriented serials to … watching 24 contestants in aprons battling out in the  kitchen. Yea baby, that’s macho programming at its best.

I end the day quite interestingly with coffee in the company of a lovely couple and top that with hard core tech talk with an acquaintance I bump into quite unexpectedly at 11  pm.

What is invisible to the naked eye is that I do all of this while being the world’s best husband, son and employee – Unwavering in my love to family or commitment to my job – and doing a stellar job at both 😉

There it is folks, a typical day in the life of a modern day Superman. Multiple roles, multiple persona and multitasking all in a  single day’s job. It is a fun time to be in India , and don’t trust a Batman or a Spiderman when they say they lead interesting lives , cause the ones we live are nothing sort of spectacular everyday.

In search of the perfect vacation?
June 12th
Corrupting the Corruptible
April 16th