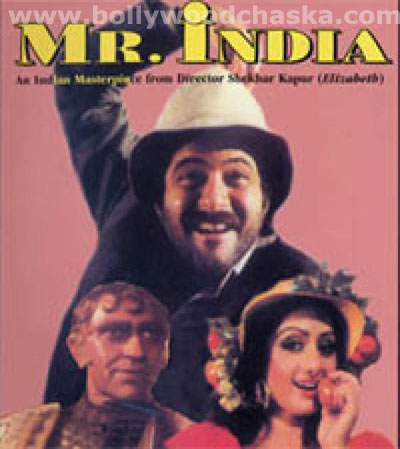 Have always been fascinated by science fiction.. Whether the tons of SFX films I saw as a

kid was the reason why technology fascinates me even today, I cannot tell, but the magic of SFX laden movies enthrall me even today. As most kids do, you always see yourself as one of the lead actors or then try to figure which Indian actor could pull that stunt off.

Needless to say it delivered on all counts and then we waited…..  A couple of passable 3d films did come but none gave you goosebumps. Sci fi returned much later with 2 seriously successful films. Koi Mil Gaya and Krissh. The first had Jadoo as the only special effect, and to me it passed muster, more because of the story and the

actors,not so much for the direction. Krissh to me as a film was a disappointment at many levels, a naive super hero,  flawed story, bad direction and whatever the budget constraints very tacky special effects. It was a major disappointment more so

because it had the only actor in India who could pull of a super hero caper even in his sleep. Another dud in the form of Drona followed. 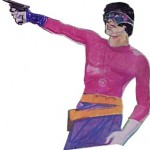 Big B as Supremo was a Comic caper full of potential

Seriously what’s Bollywood’s deal with naive, innocent dumbos who become superheroes post puberty – Mental. You had Big B doing 3 films too… Ajooba, Shahenshah and Toofan. But naah, even his comic book avataar Supremo was far better.
Then came Ra1 with the star people love to hate ( just like another cricketer nowadays… Another blog post for that), a size that by super hero sizes is pygmy, at an age where he just doesn’t cut ice. Bad reviews, tweets and a record nasty jokes marred the first 2 days… So when I went to watch the film, I was ready to hate it. Surprise… surprise I quite liked it. The story wasn’t that naive, a kid who had a lot of spunk, a super villian (and thank god for that), and finally a willing superhero. Sure it had a million flaws, but it had the best SFX that I ever saw in a Bollywood movie.
To me every SFX or a superhero film has that 1 moment that makes you forget every flaw. The one where the story ceases to matter and that one moment is what the movie is about. This post folks isn’t about justifying why I liked Ra1 . Its about these small moments that made me a Superhero / SFX movie fan. So here they are in no particular order… Just penning them as as I remember them:
Superman :Right from the first film the first thing that they got right was his takeoff and

landing. A little trot and up, and a landing so perfect, he just had to be flying to get that motion right.
That’s what made you believe that he was flying. Subtle yet bang on. After that anything he did was believable

Star Trek : The space ship was wow but the moment to be was their pocket communicator. Just the action of flicking it open and talking back to your ship…Whoa. From really stylized communicators made of paper to ones made from empty match boxes, every kid that I knew had one.

Flight Of The Navigator: Not many would know of this film where a young boy of 10 gets to fly is own spaceship in search of his house. The effects weren’t that great, but the scene where the kid commands the spaceship to go in cruise mode … every 12 year old’s dream.

Star Wars Trilogy : This was a time where most of us  saw most films way after they were

released in Hollywood. And I vaguely remember seeing all of them on VCR back to back. Sure, there was George Lucas and robots and spaceships… But what took you away were the Light Sabers. Oh so cool that was. Again, spun off a number of red and green plastic and paper sabers that we made. Remember buying practically every affordable version in the market. This was what a super hero weapon looked like.
Matrix : Ever seen a dude fight like that ! Neo fought while in mid air.. jumped buildings.. and dodged bullets. Action had a new meaning as fight sequences with strings against a blue background changed gravity dynamics for everyone.

Ra One : The hero was umm smallish, caricaturish, did stupid things,borrowed a heart from Iron Man no less … And then he

jumped mid air over crashing cars to meet his nemesis. And in that 1 moment you realized that an Indian was fighting villians the good old superhero way.